Lehane, in this second book to feature the sleuthing duo Patrick Kenzie and Angie Gennarro, has put the Dorchester section of Boston on the map of places that have a presence in myth that no region could ever attain in mere space. In his Dorchester, killer clowns rule the night, cruising Savin Hill Avenue in an ominous-looking white van and laying the groundwork for a vengeful murder spree that will occur twenty years later. 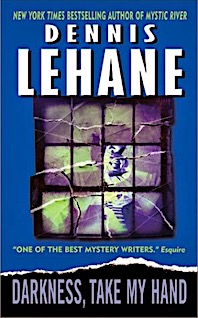 In his Dorchester, the sins of fathers and mothers, born of the vigilante passions that roiled white working-class Boston during the school-busing crisis of the 1970s, linger as a curse upon their progeny.

Through artful storytelling, Lehane makes us want to believe in that Dorchester—and makes us need to believe in his two homegrown heroes, who winningly demonstrate their ability to transcend the violence that marks their neighborhood. He does less well in other respects. An air of Hollywood-inspired banality clings to much of the dialogue and to some of the characterization. The byplay between Kenzie and Gennaro, which swerves from the fraternal to the sexual and back, is cutesy and obvious rather than clever. (One critic shrewdly hears in it an uninspired echo from the TV show Moonlighting.) And the plot, though powerful as a whole, does not work as smoothly as it might; it has a couple of hard-to-ignore holes, and its final sequence goes on too long. But for a novelist, it’s no small thing to transfigure a humdrum patch of earth into an arena of epic adventure. In creating a fit place for Kenzie and others to confront their demons, internal as well as external, Lehane has achieved that feat.